This is one of these note to self, hope it can help someone else, posts.

I just upgraded my git to the latest version on my Windows 7 box, gitk stopped working from the command line and powershell promt mind you. Using Git Bash still worked fine. So when I entered a the command:

Windows popped up the “Open with” dialog 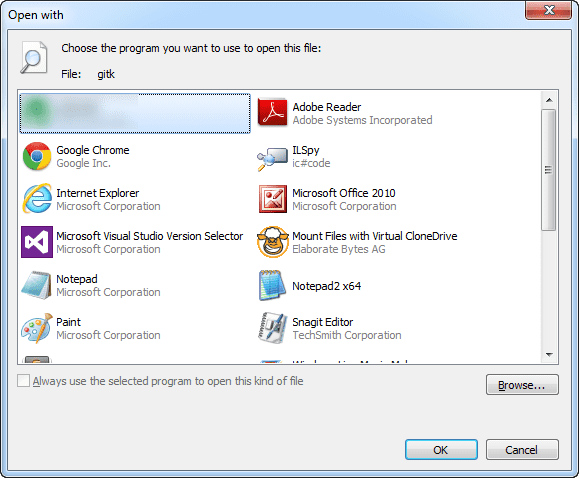 I could not for the like of me understand why, so after reinstalling msysgit without any progress I dug around a little. What it came down to, I think (it fixed my issues), was that the environment path has been reordered or that it appeard a gitk (no extension) file in the bin-directory for git.

Anyway, I reorderd folders in the path so the git cmd (with gitk.cmd in it) comes before the git bin catalog.

After I restarted my PowerShell shell it worked again.

Tags: Git, Note to Self